Oaks Bottom: a smelly loop, half dirt - half bike path, around a shallow, swampy floodplain with scenery that includes a creepy, towering mausoleum/crematorium covered in animal murals, an amusement park/roller rink dating back to 1905, and the murky Willamette River. It is Portland's first wildlife refuge and migratory bird park, with over 185 bird species spotted within the refuge at one time or another. It also happens to be located on the edge of one of my favorite Portland neighborhoods, Sellwood.

A trip around Oaks Bottom is not a hike but a walk. Half of this walk is down a paved bike path that parallels railroad tracks. Here you are constantly at risk of getting murdered by a bicyclist, but all in keeping with the Portland spirit. The other half is on a dirt path with a bluff on one side and swampland on the other (see photo on left). Here you are constantly at risk of running into a group of hobos sitting by a campfire cooking beans, or at least so it seems.

You'll probably speed up your pace once you reach the mausoleum/crematorium. I'm not even remotely superstitious, but the place is sort of creepy, not to mention it looks like a Soviet apartment project.

Throughout most of the hike you will hear children hooting and hollering (and screaming) while being whipped around on carnival rides at Portland's answer to Coney Island: Oaks Amusement Park. At the same time, you will smell a distinctly swamp-like, stagnant-pond-water smell. Odd but true, this is one of my favorite smells, solely for nostalgic reasons. It reminds me of the musty, murky ponds and lakes I visited as a kid in the Midwest, as well as those humid summer nights after a good hard rain. (But then again, having grown up in a small farm town, the smell of cow manure has the same nostalgic effect on me, so maybe it's best that you, reader, do not listen to a word I say about odors being pleasant or otherwise) 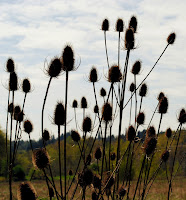 Looking out over the Willamette River, I realized how much it reminded me of the river I grew up near: the Rock River in northern Illinois. In fact, the whole park reminded me of the Midwest. If I was kicking around Oaks Bottom and didn't know any better I would think I was in Chicago, Des Moines, Omaha, etc. All the quintessential pacific northwestern elements are missing from this park. Where are the mountains in the distance? Where are the doug firs? What are these oak trees doing here? What is that motorboat doing out there on the river? Where are the canoes and kayaks?

But it was the occasional sleeve-tatted hipster flying by me on a fixed gear bicycle that looked as though it was retrieved from a dumpster, as well as the giant bird mural on the side of the mausoleum reminding me of the infamous "put a bird on it" Portland maxim made famous by the IFC television show Portlandia, that at last made me realize where I was. Oaks Bottom may not look, feel, sound, or smell like other typical Portland area parks, notably Forest Park, Washington Park, Mt. Tabor, etc -but it is most certainly a Portland park.

Mausoleum? Put a bird on it.


Side note:
Sellwood is one of Portland's neatest neighborhoods, I think. No, it isn't hipster and trendy like Alberta, Hawthorne, Belmont, Mississippi, Division, etc. And no, it isn't posh and spendy like Nob Hill or the Pearl. It is chiefly an antiquing district. It's quiet, historic, sophisticated without being pretentious, bookish, down-to-earth, residential, quaint, grown-up without being too stuffy. 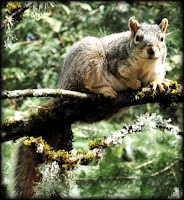 If you're headed to Oaks Bottom save some time to explore Sellwood, especially 13th ave, its main strip. If its antiques you're looking for, this is one of the best spots in Portland (if not the best). If you're looking for one of the best cups of tea you'll ever have, stop at Tea Chai Te, located in an old red boxcar! If you're looking for a damn good Oregon microbrew look no further than the aptly named Oaks Bottom Public House, owned and operated by one of Portland's best brewers, New Old Lompoc. If you're looking for great food you have several Italian options including a Cena and Gino's, as well as one of Portland's highest rated Asian restaurants Jade Bistro, Teahouse and Patisserie. If you'd prefer something more decadent there is There are also some outstanding bicycle shops, coffee shops, and comfort-y food restaurants in the area.


Posted by The Black Watch Sasquatch at 6:11 PM